The unrest in Yemen is not a single conflict but is instead a mosaic of multifaceted regional, local, and international power struggles that are the legacy of recent and long-past events. The following timeline offers readers a summarised overview of Yemen’s many struggles and ills.

1918 – Yemen’s modern political history realistically began with its independence from the Ottoman Empire, following which North Yemen came to be ruled by Imam Yahya.

While Imam Yahya safeguarded North Yemen’s territorial integrity, tensions among several of tribes, and various factions’ pursuit of power, prevented the nation from truly developing meaningful state institutions, at least in a manner which would have offered political continuity and stability.

To a great extent old tribal upsets have plagued North Yemen, forever preventing the acceptance of an overarching political entity – that of the state.

1948 – Ahmad ibn Yahya inherits the reins of power from his father amid growing calls for an end to the feudal rule.

1970 – North Yemen’s republican forces win a long war of attrition against the royalists, putting the newly formed Republic on a crash course with its theocratic neighbour: Saudi Arabia. From then on, the Kingdom of Saudi Arabia will look at Yemen with much unease and concern.

1978 – Ali Abdullah Saleh becomes President of North Yemen. He will remain in power for three decades. 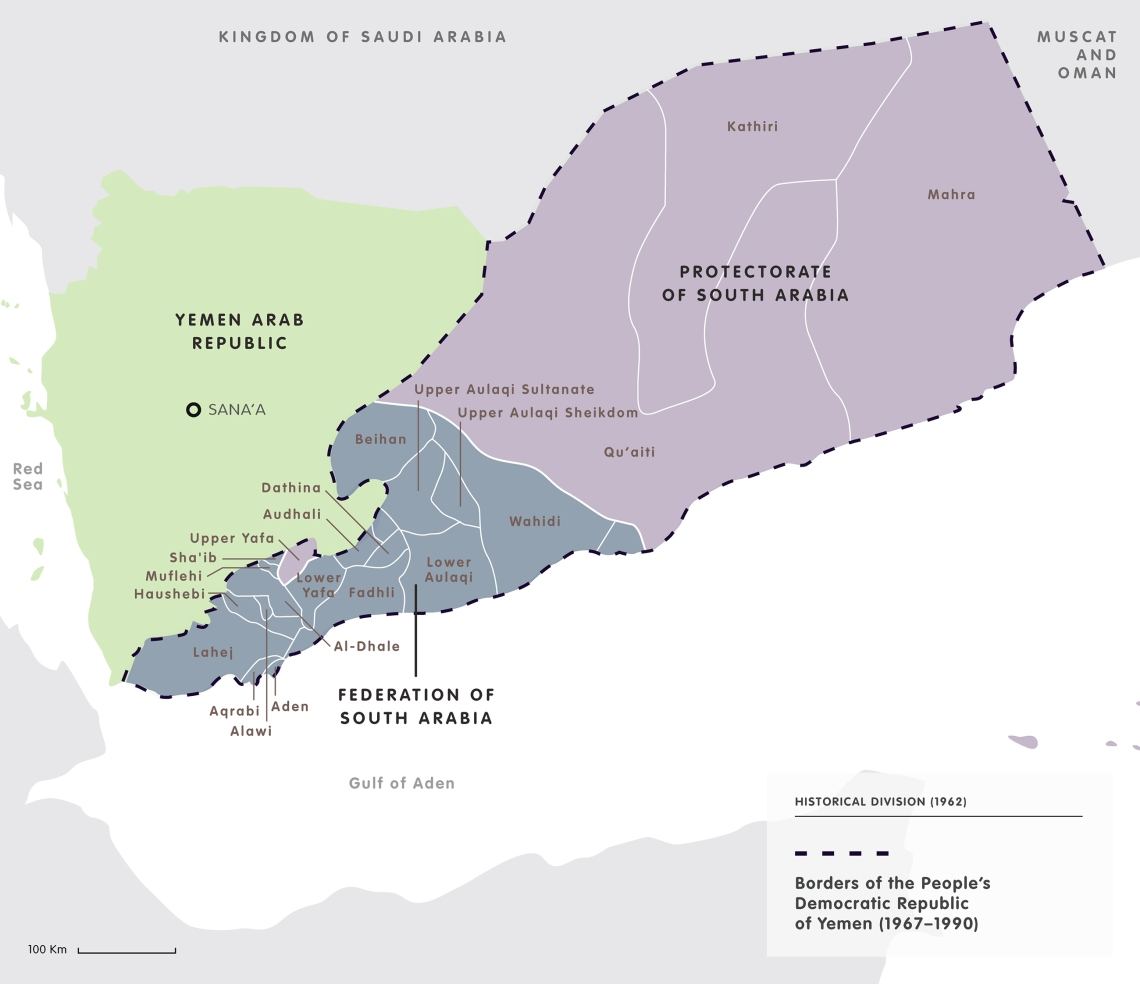 1994 May-July – Yemen sees a violent but short-lived attempt by southerners to secede, under the leadership of the Yemen Socialist Party (YSP) from the newly formed Republic of Yemen. Backed by Saudi Arabia, Ali Abdullah Saleh breaks the southern secessionist movement. This victory will allow the Saleh clan to consolidate its hold over Yemen’s state institutions and economy.

The short civil war left the YSP in political shambles, thus allowing control to fall within the hands of the General People’s Congress (Saleh’s political faction) and Al Islah (a loose coalition of Islamists and tribes loyal to Al Ahmar clan).

Over the next few years, the effort to reorganize politics and to strengthen the voice of the south in Yemen’s political life was hampered in part by the inability of the YSP to resuscitate itself; at the same time, strained relations within the GPC (Saleh’s General People’s Congress) / adn Al Iṣlaḥ coalition led to increasing dominance by the GPC and to an oppositional stance on Al Iṣlaḥ’s part. The political conflict and unrest that accompanied and followed the civil war marked by a thinning of political freedom and subsequent religious radicalisation under the influence of the Muslim Brotherhood whose members found protection under Al Islah’s political umbrella.

For three decades, Yemen now saw the reelection of Ali Abdullah Saleh at the presidency. Saleh’s rule, like that of many of his contemporaries,  was to be marked by nepotism, corruption and political manipulation.

Arguably Saudi Arabia will never completely forgive Saleh’s ‘betrayal’ and would learn to look at Yemen with much suspicion indeed.

Thus began a long game of cat and mouse between Saleh and Al Saud for control over Yemen’s politics and economic future.

2004 – The Houthis emerged out of Yemen’s mountainous far north from ‘Believing Youth,’ a revivalist Zaidi movement fuelled by local fears of encroachment by Sunni ideologies. Under threat of ‘absorption’ by the Muslim Brotherhood, several Zaidi tribal leaders decided to come together and fight.

While initial fighting was largely limited to the Houthi strongholds of Sa’ada,  it soon spread to the province of Amran and al-Jawf, near the border with Saudi Arabia.

Though kept in check under Saleh’s presidency, the Houthis grew both in strength and ambition, and continued to do so in 2012 as President Hadi (a member of the GPC and successor to Saleh)  looked to consolidate his rule through a series of alliances aimed to counter Al Islah’s political ambitions.

January 27, 2011 – On the back of Egyptians’ call for regime change protesters in Sanaa decide to mobilise against then-President Ali Abdullah Saleh, asking for his resignation and new elections after three decades in power.

December 2011 – Saleh announces that he handed power over to his designated Vice President, Hadi, under the terms of the GCC-brokered transition of power initiative (see here for the full text).

January 2012 – Saleh and several of his close allies and family members are given full immunity by parliament.

February 21, 2012 – Hadi is confirmed president of Yemen in a one-man “election”. His term is set for two years, during which he will oversee Yemen’s institutional and political transition in keeping with the National Dialogue Conference resolutions.

January 2014 – Members of the NDC (National Dialogue Conference) reach a tentative agreement in the capital Sana’a. The terms of a draft constitution are finally ironed out so that Yemen can finalize its transition of power.

September 2014 – The Houthis reach Sana’a following a blazing campaign against Al Islah in the highlands. Abdel Malik al-Houthi, leader of the Houthi movement, calls on Hadi to commit to the implementation of all NDC resolutions, per the January 2014 agreement. A deal is signed in Sana’a and a new coalition government is formed.

January 2015 –  Following months of political wrangling and rising tensions Hadi announces his resignation. His entire cabinet resigns. Hadi and several ministers are immediately put under house arrest by the Houthis as Jamal Benomar, then-UN Special Envoy to Yemen, attempts to return all parties to the negotiating table.

February 2015 – Hadi flees Sana’a for Aden (former capital of South Yemen), where he announces Aden as the new capital of Yemen, essentially splitting Yemen in two. Sana’a becomes a diplomatic ghost town as all foreign embassies withdraw their diplomats from the city.

March 2015 – The United States of America announces the evacuation of its troops from Al Anad airbase near Aden.

March 25, 2015 -Saudi Arabia unilaterally launched an attack on Yemen with the backing of eight Arab countries — Kuwait, Bahrain, Morocco, Qatar, Egypt, Sudan, the United Arab Emirates and Jordan — and the support of the United States and European Union under UN Resolution 2216.