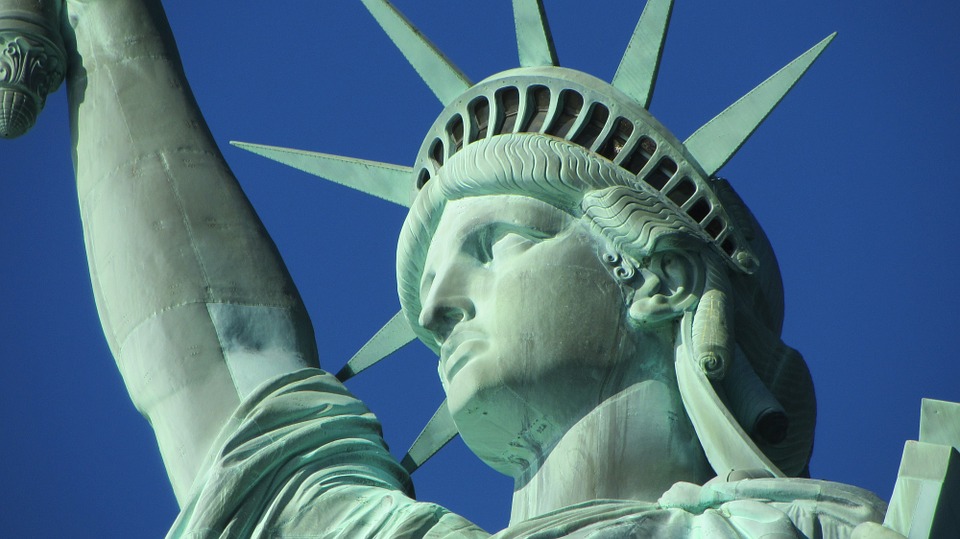 The Next Century Foundation takes a look at the National Security Advisors and the Senior Foreign Policy team in the new U.S. administration, as well as the sort of Middle Eastern policy that might be pursued.

Rex Tillerson joined Exxon in 1975. One of the crowning jewels of his career was the acquisition of XTO Energy by ExxonMobil in 2009 for $31 billion. Michael Corkery of the Wall Street Journal wrote that “Tillerson’s legacy rides on the XTO Deal.”

We know more about Tillerson’s views on the Middle East than we do Kushners’. One dependable policy is less involvement in the whole region. He is critical of the U.S’ involvement in Libya, and although called the Iraq war “well-intended”, he also described it as unsuccessful. In this light, we can speculate that he wants to see less American intervention in the region. Through his role at Exxon, he had close ties with Saudi Arabia, Qatar and the United Arab Emirates. In 2011, Tillerson, on behalf of ExxonMobil, signed a deal to develop oil fields in the autonomous region of Iraqi Kurdistan. The agreement defied Iraqi law, which forbids companies from dealing directly with Iraqi Kurdistan. Whether this will result in more robust support for the Kurds or not remains to be seen. However, it is important to note that his diplomatic interests as Secretary of State are different to that of his economic interests as CEO of Exxon.

One big policy issue currently is Iran, Russia’s major ally in West Asia. In the wake of Trump’s forceful rhetoric towards Iran, Tillerson might be expected to project a calmer voice. Indeed, Tilerson is described by the Kremlin as a solid and very professional man, he also enjoys a less antagonistic relationship with President Putin than many other officials. Secretary Tillerson is interested in expanding the American footprint in the world at large including Iran. For example, there are large Iranian oil reserves in which Tillerson’s former company has shown interest in, there are also many opportunities for American companies to sell products to Iran. However, the imposition of new sanctions against Iran following its ballistic missile tests, as well as strong bipartisan congressional opposition against warmer Iranian ties may push bilateral commercial consideration to the backburner.

James “Mad Dog” Mattis is the U.S. Secretary of Defence. While he is criticised for being too single minded, he also has an impressive CV. A U.S. Marine since 1969, he has an M.A. in International Security Affairs and is (in)famous for carrying around a copy of ‘Meditations’ by Marcus Aurelius throughout his deployments. He is noted for his intellectualism and study of history. Having served in the Gulf, Iraq, and Afghanistan, his handling of his Marines is well noted. He made them complete cultural sensitivity training, and encouraged them to maintain good relationships with Iraqi civilians.

On the Middle East, Mattis has been much clearer in his views than both Tillerson or Kushner. He has reaffirmed the U.S. – Saudi strategic relationship and praised the friendship of regional allies. These allies and friends include: Jordan, the UAE and Egypt. He wants to work more closely with these countries; strengthening ties with their spy agencies and expanding naval exercises. On Israel, he supports the two-state solution, calling the current situation “unsustainable” and believes the settlement construction could theoretically lead to an apartheid-like situation in the West Bank. He believes the lack of a two-state solution upsets the Arab allies of America, which weakens US esteem amongst its Arab allies.

The biggest threat, according to Mattis, is Iran. “The Iranian regime, in [his] mind, is the single most enduring threat to stability and peace in the Middle East.” He believes the nuclear halt is actually only a pause. He wants to increase the U.S. naval presence in the Gulf. He also considers ISIS an excuse for Iran to “continue its mischief”. A worry concerning Mattis’ hawkish Iranian rhetoric is that it risks undermining the very real threat of ISIS. While Iran is engaged in proxy wars in the region, the very existence of ISIS sustains the threat of Jihadist terrorism not only in the Middle East but also in Europe and the West.

Herbert Raymond McMaster is a serving three-star general. He is a graduate of the US Military Academy and holds a PhD in military history from the University of North Carolina. He is the author of the book “Dereliction of Duty”, which heavily criticised the U.S. military policy in Vietnam. He is best known for successfully leading the 2005 counterinsurgency operations in Tal Afar in Iraq, a city of 250,000, and commanding the 140-soldier Eagle Troop, part of the 2nd Armored Cavalry Regiment during a 1991 tank battle. Both cases pioneered tactics that are studied by the U.S. military to this day; neither approach the political complexity of the role McMaster has been assigned to in the administration.

McMaster is a strategic thinker, he has a record of military achievement and is very widely respected among national security professionals from both the Democratic and Republican sides. On the topic of the Middle East, he refuses to use the term “radical Islamic terrorism”, believing that the U.S. should not play into the jihadist propaganda that suggest that this is a religious war. He replaces Michael T. Flynn who resigned after admitting that he had misled Vice President Mike Pence and other officials about a phone call with a Russian diplomat. McMaster has a reputation for speaking his mind within military ranks, causing some to wonder if that is why he was not promoted more rapidly. How this translates into White House policy and politics remains to be seen. Rumours are circulating that unlike Chief Strategist Bannon, McMaster will not have walk-in privileges to the Oval Office.

A former army officer and Kansas Congressman, Mike Pompeo was an editor of the Harvard Law Review, served in the Gulf War, and served three terms in congress. He won a fourth, but resigned to take up his current position. He opposes closing Guantanamo, criticises the closing of ‘black sites’, and is currently on a visit to Turkey.

Pompeo is fiercely critical of Islam. He has said that Muslim leaders who fail to denounce acts of terrorism done in the name of Islam are “potentially complicit” in the attacks. He has also spoken of a war between the Christian West and Islamic East, emphasising the need for the west to “destroy the threat of radical Islamic terrorism”, and remove the “dozens of groups that are founded on the central principle of the destruction of the West and the imposition of Sharia Law”. He is fundamentally grounded in his Christian faith and claims that “Jesus Christ is truly the only solution for [the] world. He is also a strong critic of the Iranian nuclear deal, and agrees with the argument that Iran is “the world’s largest state sponsor of terrorism”. Iran, in his opinion, is the most dangerous threat to Israel. His views on Russia are reasonably common, he believes the country is aggressively reasserting itself without doing much to combat ISIS, and accuses the Russians of “siding with rogue states” as well as participating in “unpunished affronts to U.S. interests.

Jared Kushner comes from an Orthodox Jewish family. His paternal grandparents were holocaust survivors, and is married to the President’s daughter Ivanka. He took the reins of his father’s property empire after Charles Kushner was convicted for tax evasion, illegal campaign donations and witness tampering. Widely known to have been instrumental in the running of Trump’s online campaign, Kushner has been made Senior White House Advisor, and given the task of ‘brokering Middle East Peace’.

Little is known of Kushner’s views on the Middle East. Trump asserts that Kushner “knows the region, knows the people, knows the players”, but his role as a ‘peace broker’ is still shrouded in vagueness. One can speculate that he is sympathetic to the state of Israel considering that his family has donated over $300,000 to Friends of the Israeli Defence Force. The Kushner foundation has also donated around $40,000 to a well-established settlement of Bet El that is considered hard-line and ideological.

Of course, supporting charities in Israel does not mean that Kushner himself is supportive of settlement expansion, or of hard-line pro-Israel views. It does mean, however, that his actions, especially those concerning Israel and Palestine will be scrutinised both domestically and abroad.

Steve Bannon has appointed himself to the National Security Council. He is a fierce outspoken critic of Islam, calling it “the most radical” religion in the world and claims that the U.S. and the Western world are engaged in a “global existential war”. There are numerous editorials stating that many of his supporters in the developing ‘alt-right’ group are anti-Semitic, despite Bannon’s apparent strong support for Israel. By reorganizing the National Security Council and elevating Bannon, Trump’s Chief Strategist will now sit in on the top inter-agency group for discussing national security, some experts deem this to be controversial.

The Trump administration’s Middle Eastern Policy will be shaped not only by the President himself, but also by four of his key advisors. There are some conclusions we can make regarding the ME policy.

Israel: Stronger support as emphasised by the plan to move the U.S. embassy to Jerusalem. Whether this translates into support for all Israeli communities in the West Bank, or potentially U.S. approval of the largest settlements in Israel remains to be seen.

Iran: There are attempts to renegotiate the nuclear deal, but safeguarding Israel’s security is a priority. There is strong anti-Iranian rhetoric, and a desire to increase military presence, (most likely the U.S. Navy in the Gulf), but there is also pressure from congress not to reduce sanctions.

With so many countries actively engaged in the region and sponsoring proxies, it is no wonder that the new administration wants to detangle itself from the region, however, how this translates to effective foreign policy, considering Russia’s alliance with Iran remains to be seen. We are likely to see continued support for Jordan, Sisi’s government in Egypt, and possibly Turkey, as long as they continue the fight against ISIS. We might also see an emphasis on Saudi and Gulf allies to shoulder more responsibility for combating ISIS, and acting as a bulwark against Iranian ‘meddling’. One certainty is “uncertainty”.